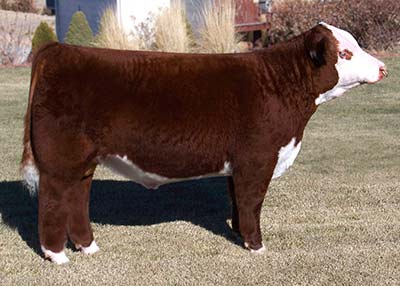 
This powerful, well pigmented son of Baron surfaced to the top of the 2012 Vin-Mar calf crop. He is a calving ease bull with a great look!! Owned with Tucker Cattle Co., John Sullivan Cattle.